The Catherine’s Palace in Tsarskoye Selo is the same one you want to visit, if this is your first trip to Tsarskoye Selo, if you don’t have so much time and want to see the finest thing imaginable , and if visiting the amber room in Pushkin is very important. Besides, it is known in what palace the amber room is located. But in any case, during the first visit, as well as on the next attendance to Tsarskoye Selo, the excursion there, obviously, does not begin with the Catherine Palace itself, or even with the Catherine Park. It begins with the Egyptian gate - the official entrance from the capital, had decorated in Egyptian style a little before the railway connected the summer imperial residence and St. Petersburg. Excursions from St. Petersburg do not stop here, but it is already clear, that this is the beginning; further the Tsarskoye Selo State Museum Preserve is situated. The history of Tsarskoye Selo cannot be briefly summarized, because, perhaps, every question or answer in such a narration can turn into a trap. Starting at least with the question: why the Tsarskoye Selo was called Tsarskoye, then - Children's, then - Pushkin? The city of kings, Caesars of the Byzantine Empire, Constantinople, was named once Tsar grad, and, apparently, continuing the tradition, the Tsarskoye Selo arose? The story of the Catherine Palace itself, set out with an emphasis on the personality of Sophia Frederica Augusta, serves as a foil to the name of the first mistress of the palace, without interrupting the connection with it completely. Anatomically individual excursions to Pushkin, when we go there (so much is connected here with the sun of Russian poetry), all the points on i cannot be dotted - who is in whom here? Thoughtful monument to Pushkin in the Lyceum‘s garden only adds reverie. After all, both the Lyceum of Tsarskoye Selo and the Pushkin Museum-Cottage are all parts of one large Pushkin Museum in Tsarskoye Selo, parts are large, but not the only ones. And the alleys of Alexander Park, and the church of Catherine’s Palace, and the pavilions of Catherine’s Park can hardly be recognized less significant witnesses of the Pushkin era than the Lyceum and the Kitaeva’s cottage. The picture will be incomplete without them. Even without artificial gaps, unfortunately, not everything in the reserve "Tsarskoye Selo» is in the same degree of preservation, and equally accessible during the tour – the Second World War and the occupation of Pushkin led to terrible destruction. The fate of architectural and sculptural decorations and Pushkin's parks in the post-war period was different. The Catherine Palace after the war, as well as the Catherine Park, began to recover faster, and today attracts visitors with beautiful exteriors no less than interiors. Not only the regular and landscape parts of the park, but also the Hermitage, the Golden Gate and Cameronova gallery, do not complain about inattention, inferior to the palace in size, does not fall behind in magnificence. At the same time, the restoration of the Alexander Park is not completed: the entrance to the Chinese village, mysteriously rented out to someone, is closed, and there is no way to go through the Cross Bridge and Big Caprice, visit the Alexander Palace, though one hasn't even thought about Chinese Theater. Thinking about how the present eagerly absorbs the past, you have perceived the Arsenal, the Military Chamber, Chapelle, the White Tower and the Imperial Farm, restored and accessible for inspection, as bridgeheads recaptured from time. But if fragmentation is an unacceptable pleasure, then a friendly message with using these fragments during the excursion is the best way to spend time in Tsarskoye. 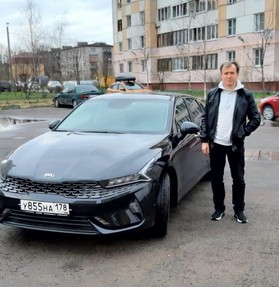