Russia. Visiting Petersburg for the first time, one would think that before Peter the Great it didn’t exist, at least not here, on the Neva banks — ships and palaces, baroque and rococo. Or classicism.

Both the name of the new city and some regularity are non-Russian , a whim of a person who looks from his young nails only into the European mouth.

But in fact, in these parts you can also find images of medieval Russia only 50 minutes drive from the center of St. Petersburg in the east. Where the Neva-river originates, on an island that seems to cut through it, are the walls of a fortification that appeared here for the first time in the XIV century.

Shlisselburg is already interesting with this fact. It is also interesting that it is a region, i.e. not a territory of St. Petersburg, and therefore there is a completely different infrastructure and atmosphere. Let the view of the fortress opening from the motorboat be largely a romantic stylization or historical reconstruction of Novgorod's Oreshek. Let genuine fragments of the first stone buildings uncovered by Soviet archaeologists in 1968-69, preserved here since the time when the island was mastered by the Novgorodians, can only be found inside the fortress.

What you can look at now, at the beginning of the XXI century, already from afar - looks attractive. And on the island itself - and even more so. The story here still does not seem to want to surrender, turning into a gilded souvenir shop of amber and matryoshkas. The twice-destroyed south-eastern wall appears to be destroyed even today and along it, along the contours of the remains of the fourth prison corps and St. John’s Cathedral can be visually imagined what  fell to Oreshek’s share  in the last war. Stitched, as if nibbled, these parts of the under-restored monument with their appearance indicate the intensity and direction of enemy fire in 1942-43.

Staircase with almost half-meter steps leads to the fortress wall, through which you can pass along the loopholes to the Golovinaya tower. This is perhaps the most medieval place of the museum complex - it is convenient for archers to defend here, and there is the lifting mechanism of the grid of the fortress gates.

Another, not so long, but no less bright page in the history of Oreshek / Shlisselburg is prison history.

You can learn a lot about it in the citadel, in its Secret House, where the furnace heat is so

cleverly simulated by imbedded titans, and in the New People's Will Prison, which recently got such a canary color, that the brightness of the sporadic care of the treasury about the museum is no less inferior to the eventful brightness of the prison history. It’s interesting to go downstairs from the Secret House to the basement of the Royal Tower, and then, going ashore

Ladoga, take a walk to the Royal bastion. If there was a comfortable beach on this shore, at the exit of the citadel, then there would be many swimmers.

But there are just few. But Ladoga opens majestically anyway, especially from the fortress wall, which can also be climbed...

When taking a leisurely walk from the pier in the city of river men to the restored Cathedral of the Annunciation, inspecting the remains of the Bazin’s masterpiece - the locks of the Staroladozhsky canal, old Shlisselburg, everyone is imbued with the charm of this county town.

A place that is difficult to miss and not notice during a trip to Shlisselburg is a museum complex located on the left bank of the Neva at the Novoladozhsky bridge. It is dedicated to breaking the blockade of Leningrad and the war. Usually it attracts attention with a collection of Soviet tanks exhibited here for everybody to see. But the Pavilion of the Breakthrough Museum, which was nevertheless open, and the first Diorama are also very interesting. Anyone who has forgotten the taste of buckwheat porridge with stew has the opportunity to remember it in the local cafe. 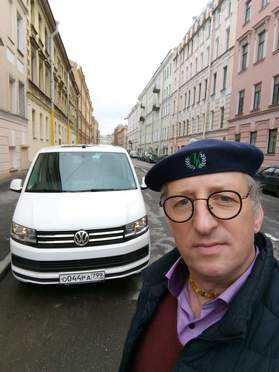 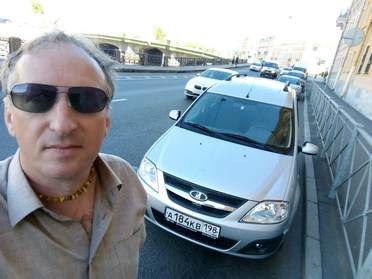